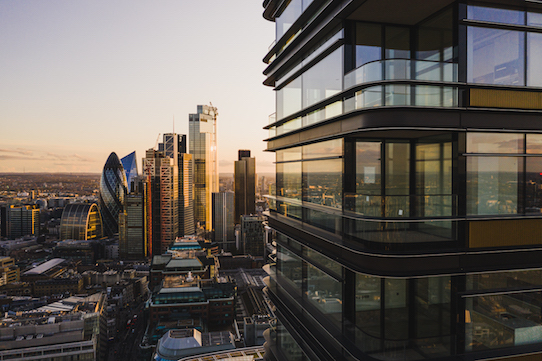 Completion of iconic Principal Tower marks the final piece of the Principal Place master-plan Foster + Partners design is a celebration between London’s financial district and the culture of Shoreditch.

Brookfield Properties and Concord London have announced the completion of Principal Tower, the first residential tower in London designed, both inside and out, by world renowned architects, Foster + Partners. The announcement also represents the conclusion of Principal Place, a comprehensively planned mixed-use scheme on the border of Shoreditch and the City of London. The site includes 600,000 square foot of commercial space, already home to Amazon UK, 20,000 square feet of retail space, a half-acre public piazza and 250,000 square feet of residential space. 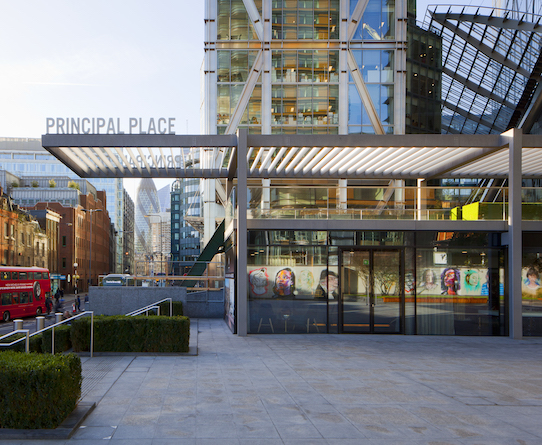 Comprising of 299 luxury apartments and penthouses, Principal Tower is the latest in a string of skyline-defining buildings designed by Foster + Partners, whose projects include the likes of Ernest & Young Riverside, City Hall and The Gherkin. It is one of London’s tallest residential buildings at 162 metres above ground. The project also marks Concord London’s first large-scale development within the capital. 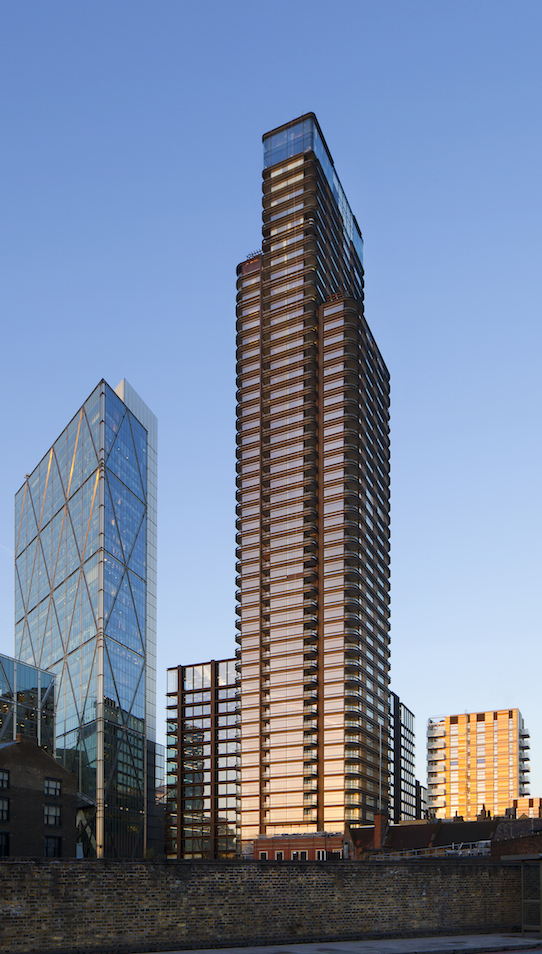 Principal Tower enjoys spectacular views from east to west, affording a truly panoramic view of London’s historic skyline. The apartments benefit from the highest standards of interior design and attention to detail, including many hand-crafted elements which have been sourced locally from Shoreditch designers and manufacturers. The impressive and strategically placed lobby of the building sits just off the bustling high street and is home to a seven tonne handmade staircase which took a total of 31 weeks to complete and was assembled on site.

Each apartment is flooded with natural light, and residents can also enjoy amenities that include an edgeless infinity pool, spa, sauna, state-of-the-art gym overlooking the piazza, a cinema and residents lounge. Residents also have access to a 24-hour concierge service akin to the likes of five star hotels. The level of service will remain consistently updated and refined to ensure every current and future need is met. The lobby is also home to an over 7-tonne staircase that was assembled and finished on site.

The design of Principal Tower was enhanced and expedited with the insertion of LIV Design’s practice of animation lead design (ALD). This client visualization process allowed the team to quickly refine design conditions during its development and effectively communicate the story of the tower to future owners.

The area is renowned for its commercial offerings due to the excellent office, retail and leisure facilities, but the delivery of Principal Tower represents a significant contribution to the area’s residential appeal. The addition of architecturally inspired residential units alongside a 15-storey office block and eateries, cafes and bars will make Principal Place one of the capital’s liveliest new mixed-use destinations and the project has already been the recipient of widespread acclaim. The Tower was awarded the Best Residential High-rise Development at the highly prestigious International Property Awards.

Principal Tower and the wider Principal Place mark the entrance to the capital’s historic financial district. It is also moments away from London’s silicon roundabout, which has established a reputation as the capital’s technology hub and plays home to the industry’s biggest names including Facebook, Google and Microsoft. Principal Place pays homage to the sites history as it sets to re-open The Light Bar, a beloved local drinking spot in the site of former electric light station, which remains undemolished.

It is also on the doorstep of Liverpool Street, offering easy access to Central London and other popular destinations such as Bank, Canary Wharf and Victoria via the underground. The new Crossrail line will also stop at Liverpool Street, whilst London City Airport is just 30 minutes away to make the development an attractive outlet for international business travellers.

Some of London’s most iconic landmarks including St. Paul’s Cathedral, Tower Bridge and London Bridge are all within close proximity to Principal Tower as well as a number of leading retailers and eateries. The cultural capital of London, Shoreditch, is on the doorstep, whilst a range of leading educational establishments including UCL, Kings College London and Queen Mary University of London are easily accessible via public transport.

Christopher Murray, Managing Director at Concord London, commented: “Thanks to the partnership with Brookfield, and the marvellous designs from the Foster + Partners. Principal Place represents a true community-led mixed-use development that provides a destination not only for its occupiers but for all of London to enjoy. The local and sustainable approach taken from inception to completion has been paramount to the success of Principal Tower and this approach will provide a valuable blueprint for Concord’s developments going forward.”

Grant Brooker, Director at Foster + Partners, commented: “Concord London, Brookfield and Multiplex were the perfect partners for this project, each bringing a wealth of residential experience and a real attention to detail. The phenomenal rise of Shoreditch as the new, vibrant part of London marries perfectly with the development of Principal Place and the completion of Principal Tower. We’re delighted that the final project so closely mirrors our original vision, where the tower is specifically planned and designed to create a liveable, yet distinctive addition to London’s beautiful skyline”.

Brookfield Properties is a fully-integrated, global real estate services company that provides industry-leading portfolio management and development capabilities across the real estate investment strategies of Brookfield Asset Management — a global alternative asset manager with over $500 billion in assets under management.

Brookfield Properties develops and manages premier real estate with a focus on maximizing the tenant experience in addition to the investment and operational performance of the asset. We also focus on integrating leading-edge real estate technologies which enables us to be at the forefront of innovation and sustainability – benefiting not only our tenants, residents and business partners, but also the communities in which we operate.

Concord London was founded by Terry Hui, CEO of Concord Pacific Developments Inc. and Christopher Murray of Ridgeford and W1 Developments. The company has 150 developments within London and Canada. Concord London, together with Brookfield Properties are behind the landmark 50-storey Principal Tower marking the ancient Bishopsgate gateway to the north of The City, designed by Foster + Partners, which when completed will be a world-class addition to London’s iconic skyline. Marylebone Square represents Concord London’s latest development in a long-term commitment to Marylebone and Prime Central London as a whole. Concord London is also the developers behind The Great Portland, which will consist of 32 private residential apartments in the heart of Fitzrovia. Over the past 30 years, the Concord group of companies has also expanded into other industry sectors, including software and information technology, telecommunications and green-energy projects incorporating solar, wind and hydroelectric power generation. The company’s green energy-producing projects generates more than twice the power needed for its 150 developments.